The long wait for a new manager has ended at Tottenham Hotspur after NunoEspirito Santo (NES) was appointed the new manager. Nuno was confirmed as the new Tottenham Hotspur boss on Wednesday evening and he replaces compatriot Jose Mourinho as the permanent manager at the North London club. 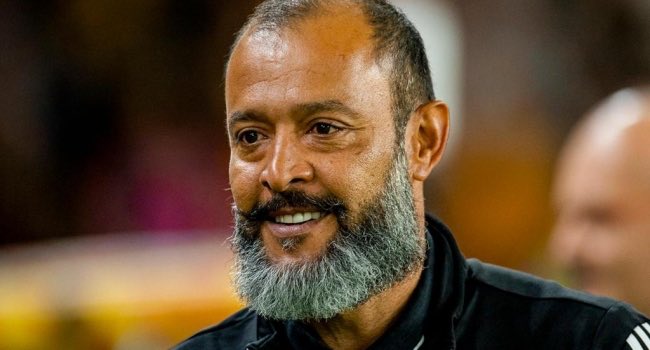 Mourinho was sacked as the Spurs manager in April after a poor run of form in the league on the back of an excellent start to the season. The ex-FC Porto, Real Madrid and Inter Milan manager was relieved of his duties as the Tottenham Hotspur manager around a week before the Capital One final with former midfielder Ryan Mason named as the caretaker boss until the end of the season.
Ironically, Nunowas the backup goalkeeper for Mourinho when he won the Champions League title at FC Porto in Portugal and he has replaced Mourinho in North London. On his part, Mourinho has been named the new manager at Italian Serie A team AS Roma.

Tottenham Hotspur were without a permanent manager for 72 days and they have now appointed Nuno to fill the position after he left fellow Premier League team Wolverhampton Wanderers at the end of last season. Nuno ended his four-year spell at the Molineux by mutual consent. He was not on the list of managerial targets until the arrival of new sporting director Fabio Paratici who wanted him last summer while he was at Juventus. Spurs had earlier been turned down by a lot of managers before Nuno accepted the role.

Nuno masterminded Premier League football at Wolves in the early part of his managerial reign as he helped the club win the English Championship title. He then went on to lead the club to two successive top-seven finishes in the Premier League, their highest position since 1980. Nuno and Wolves were in the bottom half of the league last season.