SPURS IN ADVANCED TALKS FOR SPENCE

Tottenham Hotspur are in advanced talks to sign Djed Spence from Middlesbrough according to Sky Sports News. It was revealed that the England u-21s right-back is closing in on a £20m move to Spurs after snubbing a permanent move to newly promoted Premier League team Nottingham Forest. 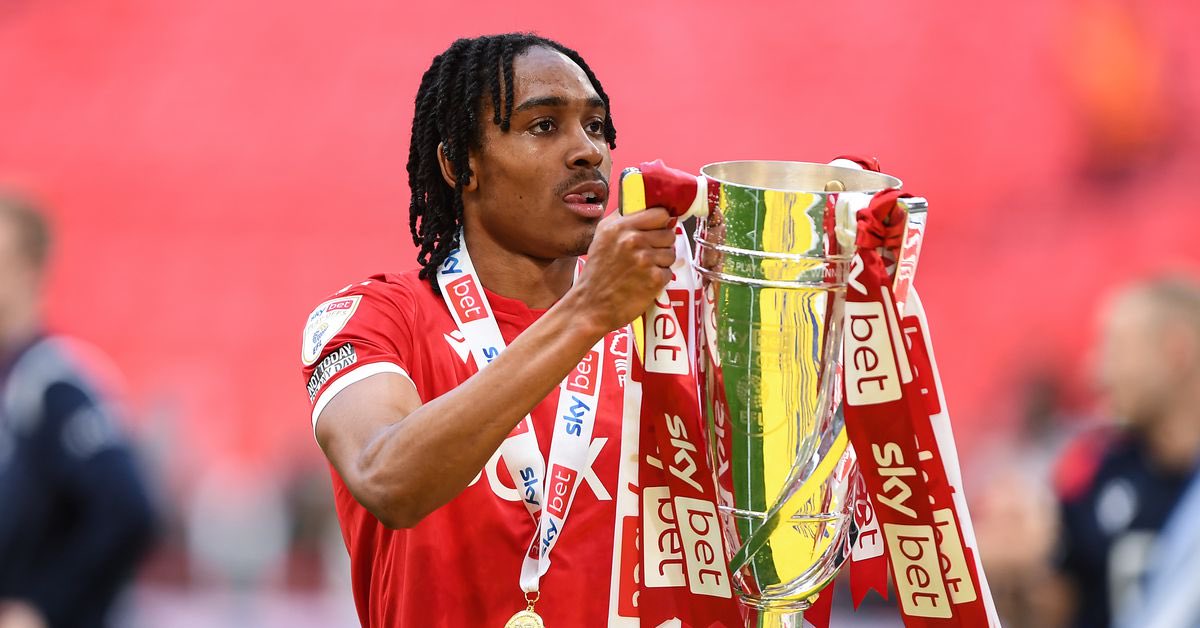 21-year-old Spence was an important part of the Nottingham Forest team that won promotion to the Premier League ahead of the new season by beating Huddersfield Town in the Championship playoffs. Chelsea loanee Levi Colwill scored an own goal in the first half to give Nottingham Forest a place in the English top flight for the first time in almost three decades at the expense of the Terriers. Colwill spent the recently concluded campaign on loan at Huddersfield Town from West London giants Chelsea.

Tottenham Hotspur target Spence joined Nottingham Forest on loan from Championship side Middlebrough at the start of the just concluded campaign. He was part of a strong FA Cup run to the quarterfinals before Nottingham Forest were beaten by eventual winners Liverpool.
London-born Spence graduated from the football academy in Fulham and he's one of the best young defenders in England. He was named in the Championship team of the season by the Professional Footballers’ Association (PFA) on Thursday.
Nottingham Forest seriously considered signing Spence this summer, but the player has opted for Tottenham Hotspur. He will compete with the likes of Emerson Royal, Matt Doherty and Japheth Tanganga for the right-back slot if he completes his move to Tottenham Hotspur.
Spence would be the third signing of the summer at Tottenham Hotspur if he signs for the North Londoners. Spurs have already signed the experience duo of Ivan Perisic and shot stopper Fraser Forster without playing a transfer fee.Perisic and Forster have been signedas free agents.